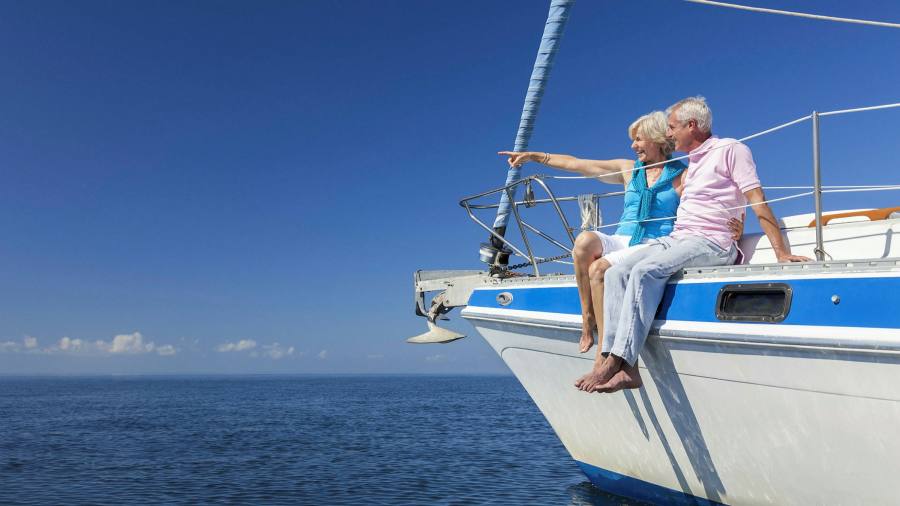 Conventional economic theory holds that ageing is disinflationary. Older people and households typically consume less than younger ones, and they often downsize their homes to account for being empty nesters. Therefore, economic models typically factor in an increasing share of old and/or non-working people as being net negative for demand and thus disinflationary, as this long-term IMF study shows.

But we may be at an important pivot point in this theory, at least in some rich countries such as the US. Boomers are living much longer, and are increasingly unwilling to downsize. The coronavirus pandemic made those who are still working (and there are many, since today’s older people are healthier and also want to bolster their retirement savings with income) more likely to hang on to their large homes rather than make do in a one-floor apartment. They can certainly afford it, since they still control more than half the country’s wealth, and show little sign of wanting to pass it along to the next generation.

What’s more, they are spending more not only on healthcare, but also on other services. Research from the National Transfer Accounts project, which tracks consumption patterns across 40 countries, found that consumption not only doesn’t fall with age in places such as the US, Germany, France and Japan, but also that the young and old typically consume more than they earn as workers, which is inflationary.

Some of this involves debt spending and the wealth effect of higher asset prices over the past several decades. We may be leaving that era, perhaps for a long time, what with the Federal Reserve’s interest rate rises driving markets lower. But I still know plenty of older people who are living much larger than their millennial kids (who came of age in the post-financial crises era, and have paid for it with reduced salaries and expectations).

Indeed, there are venture capitalists, like the famous Alan Patricof, who are doubling down on older people who are part of a “silver tsunami” of consumers who will continue to spend in good markets and bad. Patricof, who is in his late eighties, is pouring millions into a venture fund that’s investing in health, wellness and financial services for older people.

I can see it both ways. I’m 52, but my husband, a writer, is 68. Having chosen creative ventures over a big salary, he’s ready to scale back as his income declines. I myself haven’t been able to put as much away for retirement as my Fidelity advisers say I should have, in part because I’ve had to save nearly $500,000 to send two children to college debt-free (how’s that for consumption?). I’ll be working forever, and spending less after the youngest leaves for college. My husband’s brother, on the other hand, is a retired corporate compensation lawyer who takes several fancy overseas trips a year, has three properties that need maintenance, and seems to have no shortage of energy or money for consumption.

I suspect that like most Americans, older people will be quite bifurcated in their consumption habits, with a top tier who will continue to spend like there’s no tomorrow even as inflation bites, and a lower 75 per cent who will, like my own parents in the inflationary 1970s, be penny-pinching. But the bigger problem is that as the proportion of the population able to work starts to shrink relative to those who are no longer productive, as will be the case as the boomers continue to retire, there will be more people competing to consume fewer goods and services. That means prices are likely to rise — as will political battles between boomers and millennials, both of who will want their share of a decreasing national economic pie.

Ed, as a Briton living in America long term, I’m curious how you view consumption and production as you move towards your later years (don’t get me wrong, you are nowhere close!)? Will you keep working and spending like an American, or retire to a cottage somewhere in the UK for a more modest life?

Rana, let me start by ruling out a cottage in the English countryside, not least because my Irish wife might find it a little too Anglican for her tastes. I have little sense of where we will end up or whether we’ll be able to afford it. But it will have to be a big city, so London is a high likelihood. Much as I enjoy living in Washington DC, I don’t want to be one of those types who spend their autumn years attending think-tank seminars about central Asian gas pipelines. I have two broad assumptions. The first is that I’m only halfway through my useful career. Though I’m 54, I would expect to be writing and travelling and contributing into my 80s and have no fear of that. As writers, we don’t mop floors or deliver packages, so the prospect of continuing to work would be a lifestyle choice, not drudgery. This is a fascinating world and I hope I will always have the good fortune to be able to engage with it.

Second, we were just too young to have benefited from the exorbitant privilege of high fixed pensions, so we are hostages of asset prices that can go down as well as up (though our generation has until recently only seen them going up). I don’t have massive savings because I’m a happy-go-lucky journalist and not a huge fan of deferred consumption. But I’m beginning to grow up. I only recently found out that the FT’s matching contributions are quite generous if you go for the maximum, which I’ve belatedly done. So I have only myself to blame for the years of free money that I did not bother to exploit. But there are many more to go and my eyes start to glaze over whenever I listen to actuaries. For sure, I plan too little and may pay a price for that when I’m old. But some people plan too much and I don’t envy them.

In response to ‘Do no harm’:
“ESG and social justice are nice and lovely, but the reality you hint at is that politically activist corporations become a bad and frightening idea when they make threats aimed at directly dictating political decisions and government policies through their economic power. And increasingly they will dictate the political agenda if we continue too far down the road we’re travelling now in the name of purpose and ESG. This is a real threat, and liberals are potentially walking into a big trap here . . . [W]ith the best intentions we’re trashing the idea of electoral democracy in favour of the amoral instrumentalism of ‘my side can do whatever it wants to get the results it wants because it’s right’. And that’s dangerous. Abstract and boring rules about political process are actually important in protecting us from the vagaries of fashion, from moral panics, and from the personal whims of the powerful.” — A reader in the UK