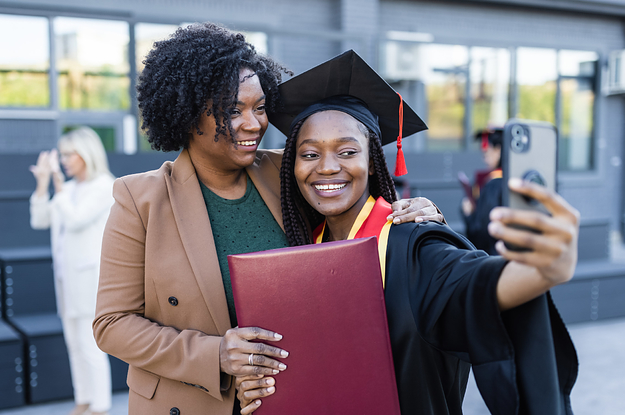 After more than a year of speculation, President Joe Biden on Wednesday finally announced his plan to forgive a portion of student loans.

The plan has several components, and parts of it will take a while to implement — if they ultimately get enacted at all.

Many of the specific details aren’t yet available, but here’s what you need to know about the plan, if you qualify for student loan forgiveness, and how to apply.

How much debt can I get forgiven?

What if I received a Pell Grant?

If you’re under the income cap and you’re a recipient of a Pell Grant, the program set up to help students from low-income families attend college, then you can get up to $20,000 of student debt forgiven.

The Biden administration says that nearly all Pell Grant recipients come from families that earn $60,000 or less per year, and that these borrowers typically find it more difficult to repay their debt.

You probably know if you received a Pell Grant because you had to apply for the Free Application for Federal Student Aid, or FAFSA. But if you don’t remember, log into StudentAid.gov or search your inbox for anything about FAFSA.

First of all, congratulations on your high salary! But unfortunately, no, you won’t qualify for any student debt forgiveness under Biden’s plan, which is mostly targeted at low- and middle-income people. (But read on, because your repayments may soon be going down!)

The White House still estimates that 43 million Americans under the income cap will enjoy some form of relief, including about 20 million people who will have their outstanding balance completely erased.

Why is there an income cap? How is that fair?

It depends on your definition of fair, I guess. The administration has been under pressure from all sides about the debt plan, including people who didn’t want Biden canceling any student debt because they think it’s unfair or that it might worsen inflation. People also didn’t want to help wealthier individuals in higher-paying jobs.

But Biden has been trying to find a middle ground where he can help low- and middle-income Americans. He also wanted to advance racial equality, given Black graduates are disproportionately affected by student debt, owing an average of $25,000 more than white graduates.

“It is really hard to overstate how significant this is for America’s middle class and for our economy,” a senior administration official told reporters. “This announcement will help people who, by and large, came from working families and are working class now.”

What type of loans are covered?

Only federal loans issued by the Department of Education are covered under this plan. That includes Parent Plus loans that your folks may have taken out in their names. You can check who your loan servicer is here.

If you have loans with private lenders, then you’re not eligible.

What if I never graduated?

You’re still eligible. In fact, Biden seemed to indicate the plan was especially targeted at you. Almost one-third of borrowers have debt but no degree to show for it, a situation the president described as the “worst of both worlds.”

Does my graduate student debt qualify for forgiveness?

Yes, loans you took out to attend graduate school count so long as you meet the other criteria (i.e., they’re federal loans and you make below $125,000).

I’m a current college student. Do I qualify?

Yes, as long as you took out your loan before July 1 of this year.

If you’re a dependent (i.e., still living off your parents), your eligibility will also be determined based on the income caps described above ($125,000 for a single-parent household or $250,000 for married parents). If you’re independent, it gets determined via your own income.

What if I previously defaulted on my loans?

You’re all good. The White House previously announced in April that people who defaulted or were behind in payments prior to the pause on loan repayments in the pandemic will automatically be put in good standing with a “fresh start” when payments do ultimately resume. If your loans were above $10,000, you’ll still get this fresh start and will be able to enroll in a repayment plan for the remainder.

Will I owe taxes on the forgiven amount?

No! Typically when student debt is forgiven it gets added to your taxable income and might push you into a higher federal tax bracket, but thanks to a provision tucked in the American Rescue Plan Act, which passed in March 2021 to help Americans with COVID relief, there is no taxation on any forgiven student debt through 2025.

Do I have to apply for forgiveness or will it be automatic?

Officials estimate that roughly 8 million borrowers had already shared income information with the Department of Education, meaning that for these people the relief will be automatic.

For everyone else (or if you’ve forgotten whether you shared your income info), officials say that within the next few weeks they will develop an application for you to fill out. If you want to be notified when that goes live (it will be before repayments resume on Jan. 1), you can sign up here to be notified.

It’s also probably a good idea to make sure your contact information is up to date with your loan service provider.

I already paid off my loans. Do I get any relief?

But if you made any repayments since they were paused by officials in March 2020, you can request a refund on those sums from your loan providers if you contact them.

When will forgiveness occur?

That’s unclear. It’s likely that Biden’s plan is going to face legal challenges from opponents who say he lacks the power to wipe this debt out (although it’s not immediately known who might have standing before a court to make such a challenge) so the timeline is a little murky at this stage.

I don’t qualify for any debt forgiveness. So what happens to my loans?

Sorry to hear that, but there is some good news.

First, the pandemic pause on loan repayments has been extended one final time through Dec. 31, so you’ve got a few months. Like before, you don’t need to do anything because this pause is automatic.

Second, Biden has also proposed a new rule that would reform the income-driven repayment system. If you sign up for one of these plans, there’s a cap on the amount you’ll pay each month based on a percentage of your discretionary, or disposable, income — and Biden is reducing this cap to 5% down from 10%–15% for undergraduate loans (for graduate debt, it will be capped at 10%). Any outstanding debt will also be forgiven automatically after 20 years of payments or 10 years if your balance is $12,000 or less.

For people with low incomes, they’re also going to raise the amount of income that gets considered nondiscretionary (and thus protected from repayment) in order to guarantee that no borrower earning less than 225% of the federal poverty level (roughly the annual equivalent of a $15 minimum wage) has to make repayments.

Also, your loan balance won’t grow as long you continue to make monthly repayments because this new plan will cover any unpaid monthly interest. If your income is too low to make repayments (as described above), this will still apply to you.

These new rules are going to take about a year to implement, so they should be in effect next summer.

I’m a public servant. What do I get out of this?

Thank you for your service! If you work for a federal, state, local, or tribal government, or you’re a member of the military or at certain nonprofits, you could be eligible for the Public Service Loan Forgiveness Program, which allows you to earn credit toward loan forgiveness. The administration has said its plan will make this process easier and it’s already relaxed the rules. You’ll need to apply before Nov. 1.