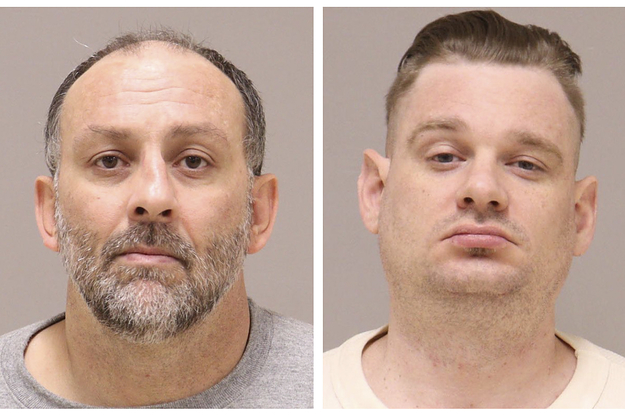 Two of the men who plotted to kidnap Michigan Gov. Gretchen Whitmer were convicted on federal charges Tuesday.

Adam Fox and Barry Croft were found guilty on charges of conspiracy to commit kidnapping and conspiracy to use a weapon of mass destruction for their role in the domestic terrorism case.

Fox and Croft, along with a dozen more men, were arrested in 2020 after the FBI announced it had uncovered the right-wing extremists’ scheme, which involved abducting Whitmer from her vacation home at gunpoint, blowing up a bridge to delay police, and transporting her to Wisconsin to try her for “treason.” If necessary, they would “just cap her,” according to the affidavit.

“Snatch and grab, man. Grab the fuckin’ Governor. Just grab the bitch. Because at that point, we do that, dude — it’s over,” Fox said in a meeting about their plan.

The men planned to execute their plot before the November 2020 election with the goal of overthrowing the government, prosecutors said.

Following Tuesday’s conviction, Whitmer thanked federal prosecutors and law enforcement for their work on the case.

“Today’s verdicts prove that violence and threats have no place in our politics and those who seek to divide us will be held accountable. They will not succeed,” Whitmer said in a statement.

“But we must also take a hard look at the status of our politics,” she continued. “Plots against public officials and threats to the FBI are a disturbing extension of radicalized domestic terrorism that festers in our nation, threatening the very foundation of our republic.”

This was federal prosecutors’ second attempt at proving the two men’s guilt. In April, a jury was unable to reach a verdict on the charges against Fox and Croft. Two more men, Daniel Harris and Brandon Caserta, were acquitted of the charges. Another two, Kaleb Franks and Ty Garbin, pleaded guilty and cooperated with the prosecution, testifying as part of the case.

Legal proceedings related to the case are not over yet; several more of the men face upcoming trials in state court.