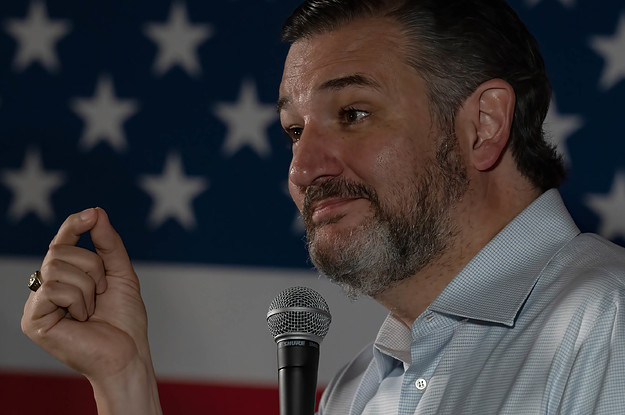 WASHINGTON — The US Supreme Court on Monday eliminated a cap on how much money federal candidates can raise after an election to repay a personal loan to their campaign, the latest decision from the court’s conservative majority striking down laws intended to place guardrails on the influence of money in politics.

The 6–3 decision split the court along ideological lines, with Chief Justice John Roberts Jr. writing the opinion. Invoking past decisions that held that spending money on campaigns and election-related speech is, itself, a type of political speech protected by the First Amendment, the majority concluded that a law that limited campaigns to using up to $250,000 in postelection donations to repay a candidate’s personal loan was unconstitutional.

Roberts framed the $250,000 cap as especially harmful to “new candidates and challengers” and political outsiders, but the case was brought by an incumbent politician, Sen. Ted Cruz. The Texas Republican filed suit in federal court following his successful reelection campaign in 2018 against Democratic challenger Beto O’Rourke; Cruz loaned his campaign $260,000 and went to court after the campaign repaid $250,000, running up against the cap.

The majority agreed with Cruz that a cap on how campaigns repay a candidate’s personal loan created more risk that the candidate wouldn’t recoup their money later. That risk spurred candidates to limit how much they loaned their campaign to begin with, creating a “burden” on their political speech, Roberts wrote.

Justice Elena Kagan, joined by Justices Stephen Breyer and Sonia Sotomayor, wrote in a dissent that the law had served for 20 years as an important check not only against actual “crooked exchanges” between politicians and donors but also against the appearance of corrupt dealings that undermined public trust.

“The politician is happy; the donors are happy. The only loser is the public. It inevitably suffers from government corruption,” Kagan wrote. She wrote later on: “In striking down the law today, the Court greenlights all the sordid bargains Congress thought right to stop.”

There’s no limit on how much personal money a candidate for federal office — like a US Senate race — can spend on their campaign. That money can come in the form of a loan, which the campaign pays back later.

Congress adopted the $250,000 cap as part of the Bipartisan Campaign Reform Act of 2002, often called the McCain-Feingold Act. The cap was one of the law’s so-called millionaire provisions, a restriction aimed at limiting the dominance of wealthy candidates.

Roberts was skeptical of the provision’s anti-corruption goals as a compelling reason to leave it intact, writing that the court had a history of rejecting efforts to curb the influx of money in politics for “other legislative aims.” The majority found that the Federal Election Commission failed to provide specific examples of “quid pro quo” corruption — situations where a candidate extracted postelection contributions to repay personal loans in exchange for some political benefit. Roberts dismissed news reports, academic studies, and statements from members of Congress raising concerns about donor access to politicians through postelection contributions.

Roberts rejected the idea that these types of contributions were similar to gifts, writing that they didn’t give a candidate more money than they had before they made the loan.

“Such contributions instead restore the candidate to the status quo ante, a position to which he legitimately expected to return. As for losing candidates, they are of course in no position to grant official favors, and the Government does not provide any anticorruption rationale to explain why post-election contributions to those candidates should be restricted,” Roberts wrote.

Kagan countered that the cap didn’t stop candidates from putting personal money into their campaign or from using preelection donations to repay a loan while the campaign cycle was active. She wrote that the postelection cap was rooted in the idea that once donors know who won, they know who is “in a position to perform official favors.”

“Political contributions that will line a candidate’s own pockets, given after his election to office, pose a special danger of corruption,” Kagan wrote. “The candidate has a more-than-usual interest in obtaining the money (to replenish his personal finances), and is now in a position to give something in return. The donors well understand his situation, and are eager to take advantage of it. In short, everyone’s incentives are stacked to enhance the risk of dirty dealing,”

The FEC didn’t immediately comment on the decision. One of the commission’s Republican members, Sean Cooksey, a former deputy chief counsel for Cruz, put out a statement praising it, saying that it “provides much needed guidance to lower courts, to Congress, and to the Federal Election Commission on the constitutional limits of campaign-finance regulation.”

Cruz’s office released a statement calling the decision a “resounding victory for the First Amendment” and that it would “help invigorate our democratic process by making it easier for challengers to take on and defeat career politicians.”

Democrats in Congress and advocacy groups in favor of restricting the flow of money in politics criticized the decision. Trevor Potter, president of the Campaign Legal Center, which filed a friend-of-court brief supporting the FEC’s position, released a statement calling the opinion “disappointing.”

“While the direct effects of this decision are limited to the narrow federal provision at issue in the case, it reveals a Supreme Court increasingly out of step with the American people — who overwhelmingly recognize that unchecked campaign giving poses profound risks to the integrity of our democracy,” Potter said.

Rick Hasen, an election law expert and professor at the University of California, Irvine School of Law, wrote on Election Law Blog that while he found the court’s findings “troubling,” he was relieved that the court didn’t use the case as a vehicle to loosen the standards that courts apply in deciding if various types of campaign finance laws are constitutional.

“Given how strongly anti-campaign finance regulation this conservative Court supermajority is, I’m surprised this opinion wasn’t much worse,” Hasen wrote.