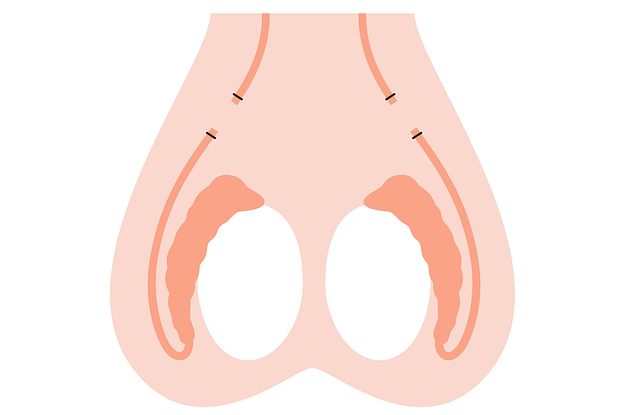 Abortion bans affect more than just people who want to prevent pregnancy, of course: There are people who become pregnant and for health reasons should not carry a pregnancy to term; people whose pregnancies are deemed unhealthy, risky, or not viable; victims of rape and sexual assault; and people who simply do not want to have a child. Until Friday, all of these situations were legally protected under federal law by Roe, though access varies extremely from state to state. Now, with those federal protections vaporized in one moment, abortion is expected to be banned in 26 states, including 13 that have trigger laws that go into effect immediately or through quick state action. The Supreme Court’s decision has made many fear that other forms of contraception may be under attack in the future.

Greg Thomas of Seattle told BuzzFeed News he’s been thinking about a vasectomy for a while, but yesterday “decided to get off my ass about it.” His partner has cerebral palsy, and a pregnancy would be a serious health risk for her. “I have long felt that birth control should be something penis-havers take more responsibility in, and nipping the problem in the bud seems the most logical. Even though I live in a state where abortion will still be legal, I do not want to ever put my partner in a position to risk her life, especially for something I can prevent.”

Approximately 500,000 vasectomies are performed in the US each year, mostly on married people over 35 who already have children. Only about 6% of men in the US rely on vasectomies to prevent pregnancy. In comparison, about 18% of women on contraception use tubal ligation (better known as getting your tubes tied), a far more invasive, risky, and difficult to obtain procedure.

Though there are multiple techniques for this type of procedure, it always involves cutting or exercising part of the vas deferens. Dr. Philip Werthman, director of the Center for Male Reproductive Medicine, explained that sperm are made in the testicles, then go through an organ called the epididymis that turns into the vas. A vasectomy is considered to be a safe, cost-effective, permanent contraceptive solution that is 99.9% effective at preventing pregnancy.

“The easiest place to get to the vas is in the scrotum because it’s sitting there under the skin, and the skin on the scrotum is very elastic,” he said. This elasticity is the crux of the no-scalpel technique for vasectomies that Werthman has been doing for nearly 30 years, requiring no more than a local anesthetic to numb the area. He stretches the skin and makes a tiny puncture with a special instrument before extracting the vas, cutting it, taking a small piece out, and popping it back in. “We don’t usually even use a stitch to seal it, it’s such a tiny, little puncture. We put a Band-Aid on. Patient walks out.”

Werthman tells patients who are considering vasectomies that although reversals are possible, they should consider the procedure permanent. “To that end, there’s the ability to go and freeze sperm in a sperm bank and store it as an insurance policy, and then of course the ability to take out sperm directly from the testicle, which is a very minor procedure, and use that with in vitro fertilization later on down the road,” he said. “So while we say it is permanent and should be considered permanent, there certainly are a number of options to change your mind and be successful.”

Reversals are less likely to be covered by insurance, which Werthman assumes (in an unconfirmed yet logical hypothesis) may be because it is cheaper for insurance companies to cover a vasectomy than the costs of a hospital birth. He also suggested that even if you have to pay out of pocket in cash for a vasectomy, the amount of money you would save throughout life on birth control or condoms more than covers the cost.

The Affordable Care Act requires most insurance to cover contraception methods like the pill, IUDs, and tubal ligation. However, insurance companies are not required to cover vasectomies, making it unaffordable to some who want it. One man told BuzzFeed News that he’s wanted to get the procedure since Justice Ruth Bader Ginsburg died because he anticipated this day, but his insurance doesn’t cover the procedure and it’s too expensive for him to pay for out of pocket.