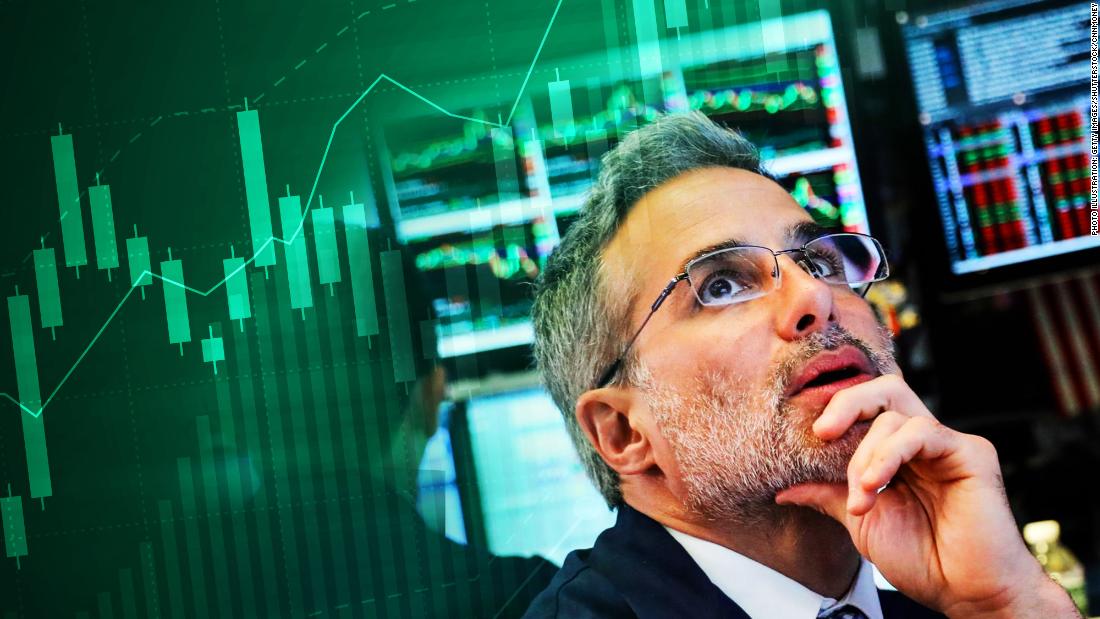 Stocks popped after all three countries agreed to an 11th hour deal to replace NAFTA.
The Dow rose 193 points, a gain of 0.7%. The S&P 500 gained 0.4%, and the Nasdaq lost 0.1%.
The reworked trade deal, announced late Sunday night, was reached after Canada agreed to give US dairy farmers greater access to the Canadian market.
The United States also agreed to make concessions on some automobile tariffs for cars and trucks built in Canada and Mexico as part of the agreement, which replaces NAFTA and will be called the United States-Mexico-Canada Agreement (USMCA).
Shares in major automakers rose on the news. GM gained 1.6%, and Ford climbed 0.8%. Fiat Chrysler rose 2.7%.
Still, some market experts said investors may be overreacting to the USMCA deal. That’s because the United States still faces another major trade battle.
“While the U.S. has reached a new trade agreement with Mexico and Canada, growing trade conflict between China and the U.S. threatens economic growth in both countries,” said David Kelly, chief global strategist with JPMorgan Funds, in a report Monday.
Eric Winograd, senior economist with AB, also thinks that China-US tension will not be resolved this easily.
“The US relationship with China is much more complicated than its relationship with Canada. And of course the stakes are considerably higher when dealing with China—the Chinese have leverage over the US that Canada simply doesn’t have,” Winograd wrote, referring to China’s ownership of US Treasury debt as well as the fact that it’s a much bigger market for US exports.
“I certainly wouldn’t rule out an agreement being reached with China, but I don’t think that the US-Mexico-Canada Agreement provides a template that can be used in discussions with the Chinese,” Winograd added.
Others think that a US-China deal is inevitable, which makes the market’s reaction to the USMCA agreement, a logical one.
“Many investors are betting there’s room for a market friendly compromise after the US midterm elections in early November when the Chinese will have an incentive to deal to avoid the 25% tariff rate that kicks in on $200 billion in Chinese exports on January 1, 2019,” wrote Alec Young, managing director of global markets research for FTSE Russell, in a report.

It’s not just the trade deal helping move the markets.
The surprise ouster of General Electric CEO John Flannery and a deal between Tesla and the SEC are also having a big effect.
Shares of GE jumped 7% following the news that Flannery, who had only been CEO since August 2017, is being replaced by Larry Culp, a former head of industrial conglomerate Danaher.
Culp, who joined GE’s board in April, faces a difficult task in getting GE back on track. GE also announced Monday that it was taking a charge tied to its struggling GE Power unit. The stock had fallen 35% so far this year prior to Monday’s surge.
GE’s market value slipped below $100 billion last week for the first time in more than nine years. And the company was removed from the Dow Jones Industrial Average in June after a more than 100-year stay in the iconic market barometer.
Tesla also rallied Monday after the electric car maker reached a settlement with the Securities and Exchange Commission that will require Elon Musk to step down as chairman but allow him to stay on as CEO.
Shares of Tesla climbed 17%. The stock plunged 14% Friday on the news that the SEC had filed a lawsuit accusing Musk of making “false and misleading statements” earlier this summer when he tweeted that he had “funding secured” for a deal to take Tesla private.
As part of Tesla’s deal with the SEC, Musk did not admit to any wrongdoing. The company is also paying a $20 million fine.