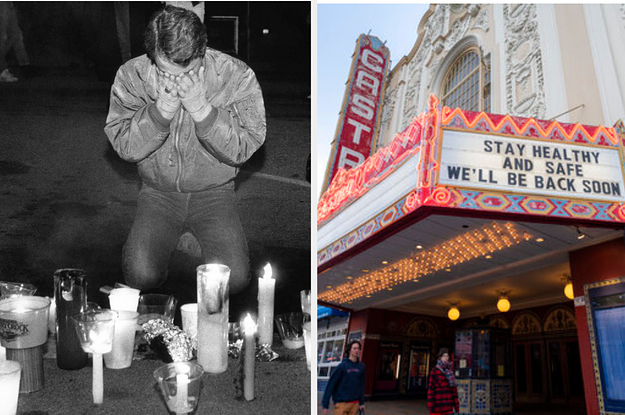 We’ve also learned that governments are much more likely to respond aggressively to a pandemic that infects “mainstream” society and not just marginalized groups.

So, why the fast — albeit not fast enough — government response to the coronavirus instead of the slow and destructive response to HIV? That’s a simple one: COVID-19 threatens everyone, including rich people, white people, powerful people, and straight people. HIV overwhelmingly has impacted gay and bisexual men, trans people, low-income people of color, people who inject drugs, and people from impoverished countries.

Indeed, it wasn’t until Ryan White, a child who became HIV-positive after a blood transfusion, heroically publicized his infection, that Congress stepped up with serious funding for the pandemic.

When pandemics overwhelmingly impact marginalized communities, they get ignored. And that can mean 32 million people dying. When problems impact the rich and the powerful, we spring into action, even if it means shutting down much of the economy and spending more than a trillion dollars in federal funds.

The same wasn’t true for people living with HIV. So many died quiet deaths, with little or no government or medical support.

Yet, despite all of this, there are also wonderful things to learn from the way our communities have responded to pandemics, whether HIV or the coronavirus. In each case, we’ve seen the absolute best that people have to offer.

People become more pro-science. This was true when the HIV pandemic was at its peak. And it should be true today. In an era when vaccine-denialism is on the rise, when public health infrastructure has been gutted, and when our federal government has essentially abandoned serious efforts to plan for pandemics, we’re at serious risk. The coronavirus with all the pain it is causing, is helping build support for improved public health infrastructure.

We’re already seeing a broad community response. People are checking in on their elderly neighbors. People are collecting masks and other protective equipment, given the shortage. Businesses are voluntarily manufacturing masks and ventilators. We’re seeing major organizing to help our most vulnerable community members. And, of course, the heroes in our health care system — nurses, physicians, other health care workers, nursing home workers — are putting themselves at significant risk, often without proper protective gear, out of a sense of duty. Similarly, our grocery and pharmacy workers, as well as delivery drivers, are putting themselves at risk to ensure that people have access to food and medicine.

The HIV pandemic saw a similarly inspiring community response. As the federal government ignored the pandemic through much of the 1980s, some cities sprung into action. San Francisco devoted untold resources to fight the virus. Our city built a massive public health infrastructure to prevent infections and improve care. San Francisco has the best Department of Public Health in the nation — perhaps the world — and part of the reason is our incredible response to the HIV pandemic.

“My hyper-vigilance is built in, particularly having been trained during the HIV crisis,” Dr. Grant Colfax, San Francisco’s current director of public health, told the San Francisco Chronicle. “The early action is required, and many places retroactively are asking why they didn’t take aggressive action earlier.”

Similarly, San Francisco built a highly effective network of community-based organizations to combat HIV. These nonprofits formed a powerful safety net to take care of our neighbors. For decades, these nonprofits have played an essential role in San Francisco’s successful effort to collapse new infections (which it has done, by more than 95%), to connect people living with HIV to care (our city has one of the most virally suppressed HIV-positive populations in the world), and to enact cutting edge, progressive, forward-looking public health strategies that are models worldwide.

Pandemics can bring out the best and the worst in humanity. They show the fault lines and inequities, while also showcasing community resilience.

Let’s get through this pandemic together and then build a better future.