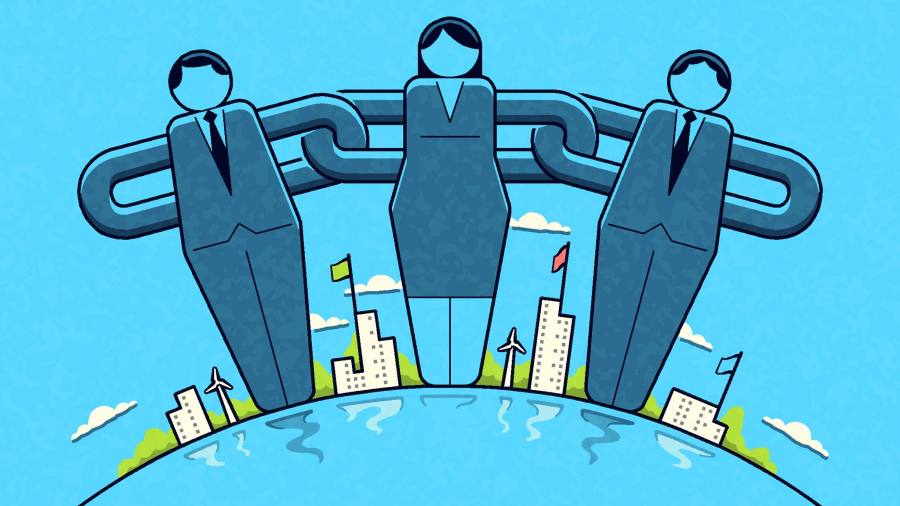 A couple of weeks ago, I spent some time reporting in North Carolina, a red state that has been known to swing blue from time to time. I had a fascinating conversation with a manufacturing executive, who told me, “Sometimes we vote Democrat, and sometimes we vote Republican. But we always vote on trade.”

He was referring in particular to the accession of China into the World Trade Organization in 2001, which decimated certain areas of US industry. While this particular gentleman held his nose and voted for Donald Trump in the last election, he was also supportive of President Joe Biden’s trade policies, which have been not just about tariffs but also about higher labour and environmental standards in any new trade deals.

The fact that both Republicans and Democrats are rethinking trade policy says something important about our geopolitics. The idea that trade was primarily a pathway to global peace and unity, rather than a necessary way of balancing both domestic and global concerns, is over.

We are entering a new era, in which concepts such as Francis Fukuyama’s “end of history” or Thomas Friedman’s “Golden Arches” theory are no longer relevant.

All this was expressed quite eloquently in a speech last week at the Brookings Institution in Washington DC, by Canada’s deputy prime minister Chrystia Freeland.

Freeland called for an end to the Panglossian assumptions that free trade would necessarily make countries free, and a more clear-headed approach to global capitalism and diplomacy in the wake of Russia’s war in Ukraine and China’s support for Russia.

As she rightly put it, “Workers in our democracies have long understood that global trade without values-based rules to govern it made our people poorer and our countries more vulnerable. They have long known that it enriched the plutocrats, but not the people.”

Our system of neoliberal globalisation has created more wealth at a global scale over the past half-century than ever before. But there has also been huge growth in inequality within many countries. And there is research to show that the entities that have benefited most from the past several decades of globalisation have been multinational companies and the Chinese state — or more particularly, the people running them.

Autocrats have done well too, often by using trade and commerce as weapons in geopolitical conflicts. “With hindsight,” said Freeland, “it is clear that appointing Gerhard Schroeder to the Rosneft board was as essential an element in Putin’s war planning as any military exercise.”

Likewise, China restricted Norwegian exports of fish when the Nobel Prize was given to human rights activist Liu Xiaobo. Canadian exports of pork and canola were banned when Canada honoured an extradition treaty with the US and detained the CFO of Huawei.

All of these things, like Beijing’s mask-hoarding in the wake of Covid, are understandable from a Chinese perspective. And the west is certainly guilty of its own historical mercantilism and transactionalism. I’ve always thought that America’s embrace of China’s entry into the WTO had more to do with US corporate lobbying than any real belief in the possibility of political change.

The point here is that the current system of economic globalisation isn’t going to magically dissolve political differences. We are heading towards a new, post-neoliberal paradigm in which values, rather than just “everyday low prices” as the Walmart retail slogan goes, become a more important consideration in economic policy decisions.

The change will come with challenges. I was recently asked on TV how people living on $25,000 a year in the US would fare in a new era of inflation, which will be fuelled in part by the end of the “cheap capital for cheap labour” bargain between China and the west. In the short term, not well.

And yet, if you asked these people whether they’d rather have more cheap goods from Amazon or a job that would cover the costs of education, healthcare and housing (all of which have been rising at multiples of the core inflation rate for some time now), they’d pick the latter.

Creating those jobs is the opportunity of the new era. In her speech, Freeland laid out the possibilities for “friend-shoring.” This shouldn’t be a closed club, but rather open to any number of countries that will play by the rules.

It should also be green: the transition to clean technology is the classic example of a “productive bubble,” in which public support for a transformative technology that is then privatised by companies of all sizes (not just big entrenched monopolies) creates sustainable, shared growth.

The US, Canada and Mexico have a real opportunity here. There are plenty of Canadian and American start-ups that hold important intellectual property in the green battery sector, for example. If they can work together and leverage manufacturing capacity and demand in both the US and Mexico, you could see a win for both the economy and the planet.

Friend-shoring will have its challenges. But I doubt they’ll be harder or riskier than counting on autocrats for energy and a single geopolitical contentious island, Taiwan, for most of the world’s semiconductors. Let the new era begin.

Rana’s new book ‘Homecoming: The Path to Prosperity in a Post Global World’ will be published this week