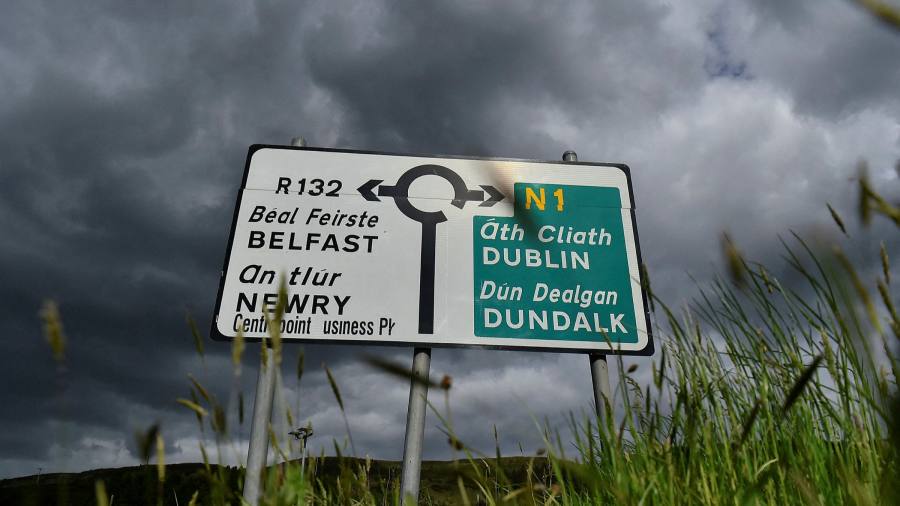 EU leaders have fiercely criticised UK plans to rip up part of the 2020 Brexit deal on Northern Ireland as illegal and damaging, even as British prime minister Boris Johnson described the initiative as a “relatively trivial set of adjustments”.

The UK government will on Monday publish draft legislation to rewrite the so-called Northern Ireland protocol by ending the oversight role of the European Court of Justice as well as EU control over state aid and value added tax in the region.

It would also break with the Brexit treaty by exempting goods from Great Britain from the need to go through border checks if they stay in Northern Ireland, and would give ministers sweeping powers to change almost every aspect of the text.

Simon Coveney, Ireland’s foreign minister, in a tweet after a terse 12-minute call with his British counterpart Liz Truss, accused the UK government of “proposing to set aside international law, ignore majority [opinion] in Northern Ireland & deliberately ratchet up tension with an EU seeking compromise”.

“We remain open to dialogue to find agreement but this approach adds to instability & is no fix,” he added.

Maroš Šefčovič, the European commissioner for Brexit, who also spoke to Truss, compared the UK’s approach with what he depicted as the EU’s emphasis on “workable solutions”, including proposals to reduce customs paperwork and animal checks for shipments from Great Britain to Northern Ireland. “Unilateral action is damaging to mutual trust and a formula for uncertainty,” he said.

While the EU is expected to wait to see if Johnson can get the bill on the protocol through parliament, its first concrete response would probably be to restart legal action against London for failing to implement full border checks in Northern Ireland.

But Šefčovič has told MEPs the bloc is ready to take retaliatory measures and the commission is drawing up a list of British goods it could hit with tariffs.

The bill is also likely to anger the US, while ministers privately admit the bill could be blocked for months by the House of Lords.

Johnson denies the legislation breaks international law, arguing it is necessary to protect the 1998 Good Friday Agreement which brought peace to Northern Ireland after three decades of conflict.

“Our higher and prior legal commitment to the country is to the Belfast/Good Friday Agreement and to the balance and stability of that agreement,” the prime minister told LBC Radio on Monday.

The DUP, Northern Ireland’s largest unionist party, has refused to restore the power-sharing agreement in the region after the republican Sinn Féin became the largest party in the May elections.

“One community at the moment feels very very estranged by the way things are operating, very alienated, and we just have to fix that, it’s relatively simple to do it,” Johnson said. “It’s a bureaucratic change that needs to be made, frankly it is a relatively trivial set of adjustments in the grand scheme.”

Johnson also said a trade war between the UK and the EU would be a “gross, gross overreaction”. He added: “All we are trying to do is simplify things, trying to remove barriers to trade to Great Britain and Northern Ireland.”

Under current Brexit arrangements, new checks are needed for goods travelling from Great Britain into the region, which remains part of the EU single market for goods.

But under the new legislation, goods destined to stay in Northern Ireland would go through a “green lane” with no checks, while goods heading across the open border into the Republic of Ireland would face “red lane” checks.

The bill would also create a dual regulatory regime, allowing goods originating in Great Britain to circulate in the region provided they meet UK standards, rather than the EU’s.