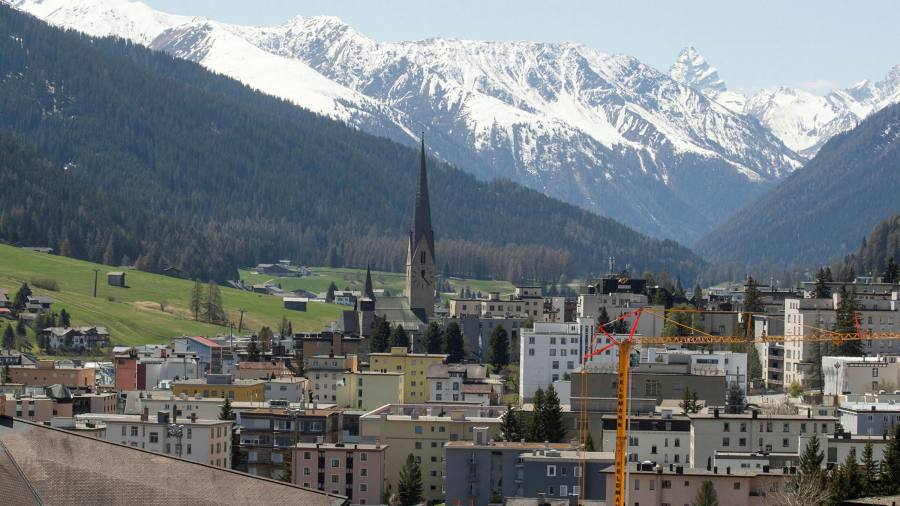 It has been over two years, and I have to say that I’m really not looking forward to this week on the Magic Mountain. For starters, I am pretty sure that the last time I was at the World Economic Forum in January of 2020, I got Covid-19 (both Niall Ferguson and I believe it may have been a superspreader event, which maybe is fitting for a place that used to be a sanatorium). This time around, it’s meant to rain the entire time, so women at least will be forced to do the cumbersome outside-to-inside, boot-to- fancy-shoe swap, but without all the atmospheric snow.

Perhaps this year, the two dozen or so women with full participant badges in attendance (OK, maybe there are a few more now) should all make a pact to wear our ugly boots on stage at Sanada and say “screw it”. We aren’t intellectual geishas, as our former FT colleague and current Canadian deputy prime minister Chrystia Freeland once so aptly put it. We are working people, and we are sick of pretending that anyone can walk down the promenade in heels instead of lug soles. Sharan Burrow, if you keep your boots on, so will I! (#WEFbootjustice)

Why do we keep putting ourselves through this charade? The idea of the 0.1 per cent saving the world has been discredited by everyone from Anand Giridharadas to my good friend Peter Goodman, the New York Times reporter who wrote Davos Man: How Billionaires Devoured the World and strangely enough is not in attendance this year. Hmmm. I wonder if it was the book, or the time he took a picture of the bill from a faux populist senator’s expensive lunch following his panel on inequality and tweeted it.

Peter, my friend, we will miss you at the annual dinner of journalists suffering from late-stage Davos dread, held every year by me and Columbia professor Anya Schiffrin Stiglitz. It’s for hacks and their friends only, on the last night of the week, when everyone either (a) wants to kill themselves because of the pain and injustice of a world in which the richest and most powerful people on the planet can spend decades trying to fix things and accomplish nothing, or (b) feels they’ve made terrible life choices relative to people who are not as smart as they are, but far richer, or (c) knows they’ve made great life choices but still just want to eat dinner with people who won’t use the words “upskilling”, “synergy”, “close the loop” or “B2H” (that’s business to human, folks, and no I am not joking).

For executives themselves, the point of Davos is simply that it’s just an excellent place to network and make money, a kind of souk of big deal-closing. For politicians and policymakers, it’s a place to make lofty world view statements or grand gestures (remember Erdoğan walking out of a debate with Shimon Peres and receiving a hero’s welcome on the tarmac in Istanbul when he got home?). For media, it is economics of scale — particularly for the FT, it’s a good chunk of the people you might want to interview, all in one place.

But I have to say that in the future, I am hoping that we can move from discussing the Fourth Industrial Revolution in a Brutalist concrete slab, and head into the metaverse instead. We skip the flights, carbon emissions, expenses and tiny food and just send our avatars to a pop-up panel on what’s more inflated: crypto or the weekly prices being charged for a two- star room with a Murphy bed on the promenade?

Ed, if you were sending your own digital self to Davos (I know you’d never be so foolish as to send the real one), what panels would you put on the agenda?

Rana, that’s a good question. To be brutally honest, I have never lobbied to be among the FT’s delegation of journalists to Davos because of a deep suspicion of its intellectual utility (I take your networking point, however).

Year after year, without fail, the World Economic Forum’s annual reports routinely miss what is about to happen and turn last year’s conventional wisdom into their predictors of what will happen next year (ingredients: garnish last year’s completely unexpected happenings with an incremental spicing and you have the coming year’s over-ready forecast).

It’s almost a ritual. If Davos says something is going to happen, that means it has already happened — events that they had previously failed to anticipate. So I preface my answer to your question with this healthy warning: I am a profound Davos sceptic. After what I’ve written about them I doubt the good burghers of WEF would ever want me to go near the Magic Mountain.

So, my first panel would be entitled: “WTF WEF? Are you still here?” I expect that one to be packed. This would be followed by a series of mini-panels asking what happened to past expectations of future utopias. “Digital public square. What did this ever mean?”, then “Multi-stakeholder collaboration: the self-delusions of corporatespeak”, then “Global governance: by who and for whom?” And so on. You can see that I’m beginning to enjoy myself.

That said, I’m glad you’re going, Rana, along with several of our colleagues. I am aware that the FT has a high subscription rate among Davos types and that many of them are smart people who are sincerely trying to figure out what is going on.

My advice to them, though, would be to take one of two roads. Either call it the World Networking Opportunity, which would have the benefit of accuracy (and please don’t misunderstand me: there’s nothing wrong with making new contacts, doing deals and high-altitude socialising). Or come down to sea level and find out what’s going on. Mix with trade union leaders, mayors of post-industrial towns, local journalists, Muslim activists from Mumbai, Hong Kong democracy protesters, opioid specialists and campus free speech advocates. It is hard to enlighten yourself from inside a bubble.

In response to ‘A whiny plea to acknowledge Generation X’:

“My theory is that we grew up in the broken ashes of our parents’ decadent selfishness: free love, pre-AIDS sex lives, increased drug usage, rocketing divorce rates, the oil shocks, the [savings and loans] meltdown, the cold war, the opening salvos of the Republican war on democracy (the closing salvos we’re seeing now). We grew up as latchkey kids on crappy frozen dinners. The middle class dreams and the brief window of time when (white) people who graduated high school could own a home and a boat and a truck were over . . . The most selfish generation (the opposite extreme of their parents) has left us all with a giant shit sandwich. Does John Cusack in Say Anything count? Or maybe Chuck D from Public Enemy?” — Steve Shapero, London, England