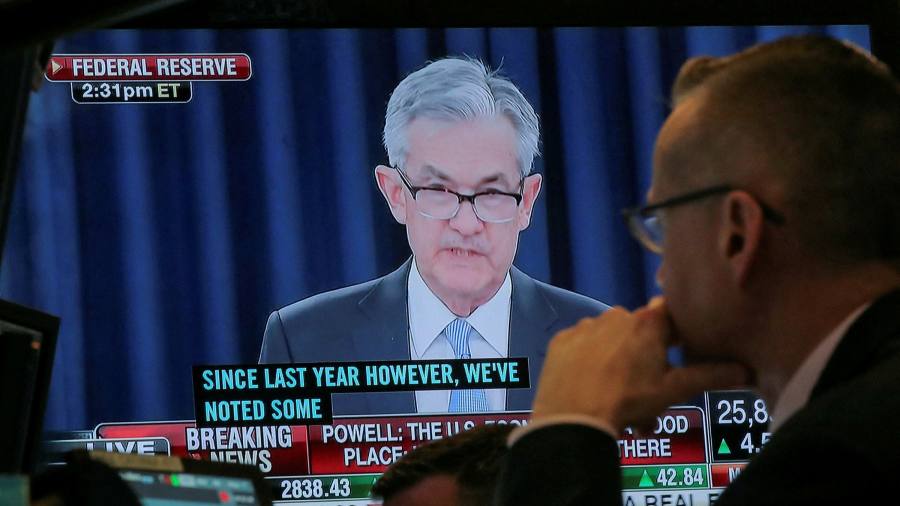 The writer is president of Queens’ College, Cambridge, and an adviser to Allianz and Gramercy

For the global economy and markets, last week marked a definitive “awakening”.

As nice words from central banks about battling inflation gave way to more meaningful policy actions, there was a first awakening with the realisation that, undoubtedly, we were making a transition to a new and more challenging regime for financial conditions.

And because this transition is so late in coming, there was a second awakening — a recognition that there is no hiding from the difficulties this poses for policymakers, households, companies and markets.

Just look at what occurred last week. In the US, the Federal Reserve hiked its benchmark interest rates by 0.75 percentage points on Wednesday. That went not only against its own forward guidance of a 0.50 point rise but also contradicted something that chair Jay Powell had himself voluntarily dismissed a few weeks earlier, saying a 0.75 point increase was not being actively considered by the central bank.

There is now no denying that, after a protracted period of resistance, the world’s most powerful central bank has loudly acknowledged that it has no choice but to address inflation more forcefully, regardless of the impact on markets.

The following day in Europe, the Swiss National Bank raised rates by 0.50 points, surprisingly decoupling itself from the European Central Bank. That crystallised what many were starting to suspect. The SNB is a central bank long-accustomed to countering the appreciation of the franc. But after witnessing what has occurred in Japan and the UK, it joined the growing number of its peers wishing to pre-empt a currency depreciation that would make the inflation battle even harder to win.

And all this happened in the week that the Fed started implementing the second element of policy tightening — that of reducing its $9tn balance sheet that has been bloated by the protracted programme of asset buying to support markets.

It is undeniable that, after years of massive liquidity injections and floored policy rates, the world is in the grips of a generalised tightening of financial conditions that feeds on itself. This is not a cyclical phenomenon that will soon unleash mean-reverting forces.

It is a secular regime change forced on reluctant central banks by inflation that has got well ahead of them and threatens livelihoods, worsens inequality and undermines financial stability.

As it is late, this shift comes with a heightened risk of collateral damage and unintended consequences. That was evident last week as growth fears gripped markets with more forecasters jumping into the recession camp.

The awakening is an important part of navigating through the risks facing the global economy. But the process cannot, and should not, stop here. There is more to be done if the intention is, as it should be, to limit the damage from the historical policy mistake initiated last year by the Fed when it stubbornly held on to its mischaracterisation of inflation as transitory.

To continue to regain policy credibility, the Fed needs to follow the example of the ECB and explain why it got its inflation forecasts so wrong for so long, and how it has improved its forecasting capabilities.

And to perform its intended and much-needed role of honest adviser, the Fed needs to follow the Bank of England in being frank and open about what’s ahead for the economy. As it persists in failing on both, it is no surprise that so many economists, including former Fed officials, were quick to complain last week that the central bank’s revised economic forecasts remained unrealistic.

In 2016, I published The Only Game in Town*, which looked at what was already then excessive and protracted reliance on central bank intervention. I detailed why, within the next five years or so, the global economy and markets were likely to confront a “T junction” where an increasingly unsustainable path would give way to one of two contrasting roads.

One was the path to high, inclusive and sustainable growth, and the other to recession, rising inequality and financial instability. The sooner policymakers recognised the dividing of the ways and acted accordingly, the greater the likelihood of the better road prevailing.

Unfortunately, this was not done. As such, the global economy is now facing growth disruptions, harmful inflation, greater inequality, and unsettling financial market volatility. Having failed to act to prevent this unfortunate turn, policymakers must now step up more firmly to limit the overall damage and to better protect the most vulnerable segments of our society.

*The Only Game in Town: Central Banks, Instability, and Avoiding the Next Collapse