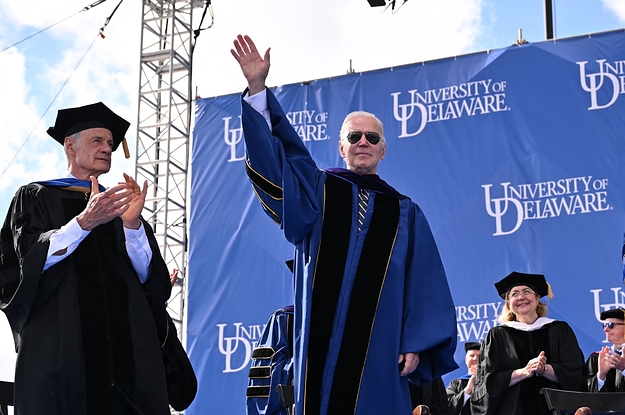 The White House previously announced in April that people who defaulted or were behind in payments prior to the pause will automatically be put in good standing with a “fresh start” when payments do ultimately resume.

Biden’s new order is likely to face lawsuits from critics who say he is bypassing Congress, but many say the president has the power to cancel federal student loans as head of the executive branch.

About 1 in 5 Americans have debt from federal student loan programs, owing more than $1.6 trillion collectively, according to the Education Data Initiative. A third of those roughly 43 million people owe less than $10,000, with the average student loan debt balance sitting at $37,667. Black graduates are disproportionately affected by student debt, owing an average of $25,000 more than white graduates.

“President Biden’s decision on student debt cannot become the latest example of a policy that has left Black people — especially Black women — behind,” NAACP President Derrick Johnson said in a statement prior to Biden’s announcement. “This is not how you treat Black voters who turned out in record numbers and provided 90% of their vote to once again save democracy in 2020.”

Biden had been facing a deadline to make a decision about what to do about student loans, with borrowers set to resume repayments on Sept. 1 after a pandemic reprieve that has lasted more than two years.

Despite the forbearance being temporary, it changed the economic lives of millions during the uncertain pandemic years. “Since loan forbearance began, I was able to move out to a nice area on my own and begin furnishing my apartment,” Autumn Cottrell, a Phoenix resident who owes $45,000, told BuzzFeed News last year. “I can save and invest — but I know that as long as I have student loans, I will never be able to afford a home on my own.”

While many progressives in 2020 campaigned on calls to forgive all or significant amounts of student debt, Biden ran on a narrower platform that called for the immediate cancellation of $10,000 per person. But he did not make any mention of an income cap on this policy.

As a candidate, he also pledged to forgive all undergrad debt for graduates of public colleges and HBCUs who are earning up to $125,000.

Over the last four decades, the cost of attending a US college has skyrocketed by 169%, while earnings for people in their 20s have only risen by about 19%.

Since assuming the presidency, Biden had already taken other steps to cancel more than $17 billion in student loans, including for borrowers misled by for-profit schools and for those with disabilities.

His administration has also discharged approximately $1.6 billion of debt to certain HBCUs. Some of these historically Black schools have used federal funds and private donations to erase their graduates’ debt.