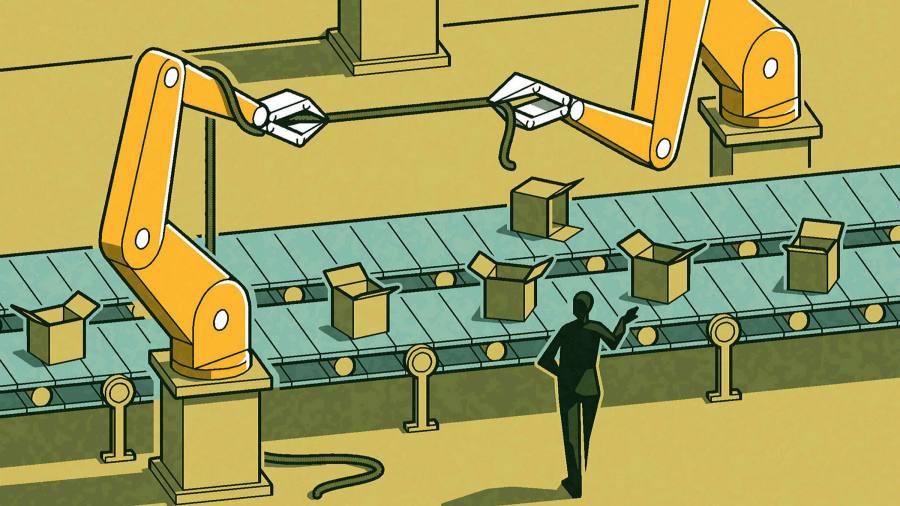 Times are tough and inflation is rising. In the US, this has led to calls for President Joe Biden to lift or lower Trump-era tariffs on certain Chinese imports. The Treasury secretary, Janet Yellen, has said that some “reductions may be warranted”. But, as she and many other economists acknowledge, tariffs targeting a mere 3.6 per cent of the US economy are hardly a panacea for inflation. Indeed, the US-China tariffs distract from the real trade tug of war: global competitiveness in key industries.

Some new numbers from the Hamilton Center on Industrial Strategy shed light on this. Its index tallied national change in global share of output in seven key industries (pharmaceuticals, chemicals, electrical equipment, machinery, cars, other transport, computers and electronics, and information technology) across 10 countries between 1995 and 2018 (the last year for which OECD data were available). It found that while America remained strong in areas such as pharma, software and non-auto transport (which was mostly about Boeing), its performance in the other sectors was “weak and declining” when measured by both global market share and the size-adjusted global average. The US now ranks 6 per cent below that average.

This is a huge problem since these types of advanced manufacturing industries make up the majority of business R&D and also drive national productivity growth and investment. No wonder other countries, from Germany (which has a share of advanced industry 74 per cent above the global average), to Japan (43 per cent above), China (34 per cent), South Korea and Taiwan have all opted to protect such industries in ways the US does not. They have done this not with wasteful subsidies or failed policies such as, say, import substitution, but by putting the laser focus of both the public and private sectors on high-growth industries at crucial times, in ways that the markets (which look for short-term gains, particularly in countries such as the US and UK) aren’t always incentivised to do.

It can, for example, take $20bn to build a single new semiconductor fabrication plant, with the cost doubling every two to four years across new product generations. No single private actor is likely to take on such a cost. Most countries that care about advanced manufacturing subsidise 40 to 50 per cent of upfront costs for the companies that are ready to make investments of that length and magnitude, according to a McKinsey Global Institute study on manufacturing. But in the US, Congress has yet to pass and fully fund a bill to underwrite semiconductor production, itself a high-growth strategic industry that fuels all the others. Why would this be, given the fragilities in the market system illuminated in recent years?

One reason is there are still some conservatives that believe the state should have no role in the market. As Rob Atkinson, head of the International Technology and Innovation Foundation, which publishes the Hamilton index, puts it, they are afraid to “cross the Rubicon of acknowledging that markets aren’t working as well as they should — once you do that, you are in a whole new world”. Some neoliberal economists likewise want to go back to using lower consumer prices as the sole measure of economic policy success.

But among most Democrats and even some Republicans there is a sense that the government does have a role to play in supporting national competitiveness and resiliency. The question is how. Should it focus mainly on skill building? Should it expand the ways in which federal budgets are used to support domestic demand? Should it use fiscal policies to smooth price volatility? California congressman Ro Khanna and other progressives would like to see the government use its purchasing power to stockpile some agricultural commodities, as well as things such as home heating fuel, when they are cheap. They could then be resold to Americans during inflationary periods.

Certainly, the supply chain disruptions of the past few years have added to the debate. “When you look at the origin of manufacturing value added in final demand, the US is more reliant on overseas inputs than, say, China,” says Eric Chewning, a McKinsey partner who says the US has plenty of room to grow its domestic sourcing. He points out that the US meets just 71 per cent of its final demand with regional goods; in Germany, the number is 83 per cent, Japan stands at 86 per cent and China at 89 per cent.

Achieving parity could add $400bn to US gross domestic product, even before considering the market opportunities of products such as electric vehicles or advanced biotech innovations like, say, gene therapy. The pandemic efforts to fill supply chain gaps in essential products such as personal protective equipment and pharmaceuticals, as well as the administration’s push to increase domestic capacity in strategic areas like electric batteries, semiconductors and rare earth minerals, has created a tailwind for local production of high-value goods.

But government has a still bigger role to play. Passing the Bipartisan Innovation Act to support chip production and using federal budgets to support as much domestic demand as possible is a no-brainer. Whatever happens with tariffs and inflation, America’s biggest long-term opportunity and challenge is to rebalance production and consumption.