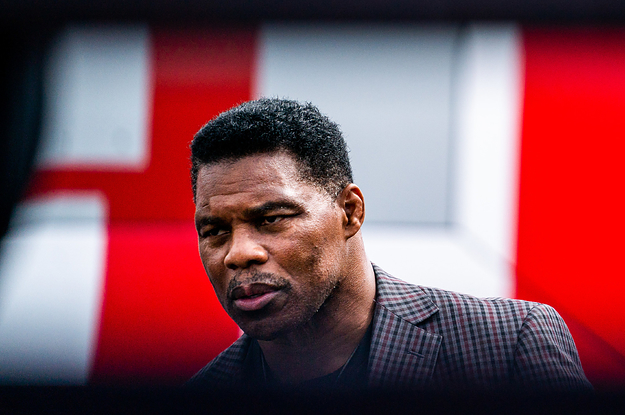 A second woman came forward on Wednesday to publicly accuse Georgia Republican Senate candidate Herschel Walker of impregnating her and then paying for her to have an abortion.

The woman — identified only as Jane Doe by her attorney, Gloria Allred — told reporters that in April 1993 Walker “pressured” her to go through with the procedure at a clinic in Dallas.

“The reason I am here today is because he has publicly taken the position that he is, ‘about life’ and against abortion under any circumstances, when in fact he pressured me to have an abortion and personally ensured that it occurred by driving me to the clinic and paying for it,” the woman said.

Earlier this month, the Daily Beast reported that in 2009 Walker paid for another woman he had impregnated to have an abortion.

The Republican candidate and former NFL star has said he does not know who that first woman is, but the Daily Beast reported that she is the mother of one of Walker’s four children.

“I’m done with this foolishness,” Walker said. “I’ve already told people this is a lie.”

The second woman, who said she is a registered independent who voted for Donald Trump in 2016 and 2020, said she and Walker first met in 1987 and began a six-year affair while he was still married.

To back up this claim, Allred showed reporters cards that Walker had sent her client and played an audio recording of an answering machine message he had once left her.

The woman said that after she learned she was pregnant, Walker encouraged her to seek an abortion, but when she first arrived at the clinic she felt too emotional and decided she couldn’t proceed.

“When I told Herschel what had happened, he was upset and said that he was going to go back with me to the clinic the next day for me to have the abortion,” the woman said. “He then drove me to the clinic the following day and waited for hours in the parking lot until I came out.”

“I was devastated because I felt that I had been pressured into having an abortion,” she added.

The woman, who spoke via Zoom and did not show her face, said she did not want her identity to become public because she wanted to protect her loved ones.

She called Walker a hypocrite who does not belong in Congress.

“We don’t need people in the US Senate who profess one thing and do another,” she said. “Herschel Walker says he is against women having abortions, but he pressured me to have one.”

Allred declined to specify what other evidence, if any, they had to support the woman’s claims.

“This is not just about the values of Herschel Walker; this is about the values of every voter in Georgia who decides to vote for him,” Allred said. “Because if they’re voting for him, then they are expressing their values that it’s OK to lie, and it’s OK not to have your deeds match your words.”

The Trump-endorsed Walker is locked in a tight battle against incumbent Sen. Raphael Warnock, a Democrat, in a race that may determine which party controls the Senate.

Republican Sen. Lindsey Graham, who spoke alongside Walker at Wednesday’s campaign event, compared the accusations made against the candidate to the sexual misconduct allegations leveled at Supreme Court Justice Brett Kavanaugh during his confirmation hearings.

“Here’s the game plan, Herschel: Get a celebrity lawyer … to come out and make a wild accusation right before it’s time to make a decision about who should be on the Supreme Court or who should be in the Senate,” Graham said. “I’ve seen this movie.”