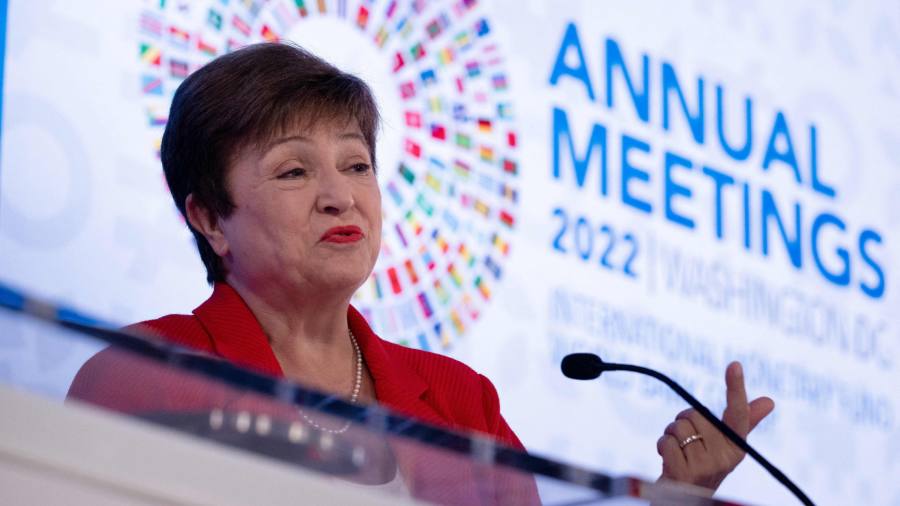 The writer is president of Queens’ College, Cambridge, and an adviser to Allianz and Gramercy

As the global financial crisis shook the world, government leaders came to Washington 14 years ago to compare notes and set the stage for policy actions that would pull the global economy back from the brink. Last week, policymakers met in Washington once more with the global economy in rough waters that leaves the poorest most vulnerable to unfolding shocks.

But recognition at the annual meetings of the IMF and World Bank of difficult struggles ahead for so many failed to trigger the global policy momentum seen more than a decade ago.

Many policymakers did share common concerns about a global recession, inflation, debt, financial instability and the lack of proper policy co-ordination.

But with few new tools, let alone comprehensive solutions getting much traction around policy tables, there is little assurance of a follow-up similar to the April 2009 G20 heads of government summit that helped avoid major and long-lasting economic damage.

There certainly was no lack of warning signs in the run-up to last week’s meetings. Inflation remained stubbornly high. Recession fears were mounting. Financial markets were volatile. The UK had experienced disruptions more familiar to struggling developing countries. And, in its update of its World Economic Outlook, the IMF had just warned that “the worst is yet to come”.

There was also an active blame game. Most of the participants pointed the finger at the adverse effects of Russia’s invasion of Ukraine. Many of them also complained that the speed and scale of the US Federal Reserve’s catch-up interest rate rises had turbocharged disruptive dollar strength and pushed global yields higher.

The IMF was cited for lapses in its surveillance and policy co-ordination roles. The fund and the World Bank were pressed to do more for vulnerable developing countries. Adding to all this was the notion that, just as in 2008, it was once again the advanced countries that had become the world’s major sources of volatility and systemic risks.

With all that is play, the mood in Washington was as grim as the one I remember from the October 2008 annual meetings.

Back in 2008 though, the analysis of big common problems, the fear of yet bigger ones ahead and the respect for collective responsibility acted as catalysts for serious policy work. That culminated in UK prime minister Gordon Brown quarterbacking the April G20 summit that delivered bold and co-ordinated policy response that averted a devastating global depression. Given the insufficiency of tools, much more will need to be done in the months ahead for a similar outcome this time around.

Top economic officials are going back to their capitals with the dispirited view that the global economy may slip into recession. Smooth global financial market functioning cannot be taken for granted and, with debt also an issue, the phenomenon of “little fires everywhere” is likely to spread. And even though there is an urgent need again for visionary G20 global policy co-ordination, the ability to act is hindered by various geopolitical tensions.

Officials also feel that little can be done to stop the adverse spillovers of policies implemented by some of the world’s most systemically important policymakers. This is particularly the case when it comes to the Fed.

Many country officials, especially from the developing world, have gone home worried that a late Fed has no choice but to continue on an aggressive rate-rising cycle that imposes on them one or more unpleasant policy options. These include: tightening monetary and fiscal policy beyond what the domestic economy would otherwise warrant, depleting international reserves, allowing a further currency depreciation that adds to inflation and makes it harder to pay back international debts, and/or imposing distortive foreign exchange controls.

As important as it is, the most critical message of these annual meetings is not that the global economy faces treacherous times ahead that threaten to be particularly damaging to the most vulnerable countries and the weakest members of society.

It is that the tools, mechanisms and frameworks for collective action are struggling; and that the need for each country to rely heavily on whatever individual relief they can muster will inevitably lead to a suboptimal outcome for them and for the world as a whole. Hopefully, this will then serve as the beneficial catalyst that the October 2008 meetings ended up being.