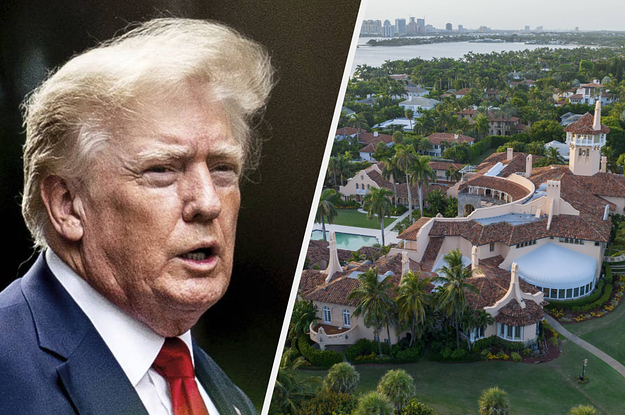 Late Tuesday night, federal prosecutors filed their latest motion in the ongoing legal saga surrounding the criminal investigation into former president Donald Trump and his handling of classified information after he left office.

The searing, 36-page court filing provides the most detailed account of the monthslong interactions between Trump representatives and officials investigating how the top-secret documents came to be stored at his Mar-a-Lago estate in Florida and whether any more remained there.

Unlike the public statements Trump has released blasting the investigation into him as politically motivated, the Department of Justice has instead communicated mostly through court filings. (Attorney General Merrick Garland did deliver one brief statement to the press in the days after the Aug. 8 FBI search of Mar-a-Lago in which he defended the integrity of his investigators and swore the probe was following a “faithful adherence to the rule of law.”)

From prior DOJ filings, we already know that Trump is being investigated for potential violations of the Espionage Act, mishandling government documents, and obstruction of justice.

But Tuesday night’s filing, which came in response to a request from Trump to a judge he appointed as president for the investigation to be paused while a special master reviews the seized items, revealed several new things, some comparatively minor and some potentially seismic.

1. At issue are hundreds and hundreds of pages of classified documents.

The FBI affidavit prosecutors filed to another federal judge earlier this month as they sought a warrant to search Mar-a-Lago was released on Friday. It revealed that after months of requests from officials with the National Archives and Records Administration (NARA) that first began in May 2021, Trump’s team finally turned over 15 boxes of documents in January. When the FBI subsequently reviewed these documents in May, they found 184 classified documents in 14 of the boxes, some of which were marked with the most serious form of classification and contained information monitoring foreign governments or derived from undercover spies.

Tuesday’s filing revealed these 184 documents extended way beyond 184 pages. We learned that when NARA first asked the DOJ to investigate, they told them that “among the materials in the boxes are over 100 documents with classification markings, comprising more than 700 pages.”

And remember, those were only the documents Trump willingly handed over in January.

2. On June 3, Trump’s team turned over a binder containing 38 classified documents — and swore there were no more to be found.

We also learned about another meeting between government investigators and Trump’s team that occurred at Mar-a-Lago on June 3 of this year. That meeting only came after the DOJ sought a grand jury subpoena on May 11 having discovered through the FBI investigation that “dozens of additional boxes” remained there.

On June 3, three FBI agents and a DOJ attorney arrived at Mar-a-Lago and met with a Trump attorney and his custodian of records for his postpresidential office. The pair handed over a single Redweld envelope or binder that was double wrapped in tape.

They also handed over a document, reportedly signed by Trump attorney Christina Bobb in her capacity as custodian (the signature was blacked out in the unsealed court filing), in which the Trump representative certified that in response to the May 11 subpoena, a “diligent search was conducted of the boxes that were moved to the White House to Florida” and that they were handing over everything relevant they had found.

The Trump attorney told the investigators that all the documents they had found were inside a storage room at Mar-a-Lago, and “represented” that there weren’t any other records stored in offices or other rooms at the estate.

But investigators also said that “critically” the Trump attorney “expressly prohibited government personnel from opening or looking inside any of the boxes that remained in the storage room, giving no opportunity for the government to confirm that no documents with classification markings remained.”

“Counsel for the former President offered no explanation as to why boxes of government records, including 38 documents with classification markings, remained at the Premises nearly five months after the production of the Fifteen Boxes and nearly one-and-a-half years after the end of the Administration,” DOJ officials wrote in the court filing.

3. Officials believe Trump’s team was obstructing the investigation by concealing and removing documents.

Despite the June 3 handover, the FBI investigation continued and soon “uncovered multiple sources of evidence,” which were not specified in the court filing, that led them to believe there were still more documents at Mar-a-Lago. (The FBI affidavit released last week did confirm there were “multiple civilian witnesses” who had provided evidence, but it did not name these individuals.)

Per their investigation, the FBI came to believe the storage room was not the only place at Mar-a-Lago that the documents were being stored.

This revelation further emphasizes that investigators are highly focused on potential obstruction of justice charges.

4. The Aug. 8 FBI search uncovered more than 100 classified documents that had not been turned over, including some in Trump’s desk.

After officials convinced a federal judge to approve their search warrant, the FBI search of Mar-a-Lago on Aug. 8 uncovered a trove of additional classified documents around the estate. Agents seized 33 items, most of which were boxes that contained a range of documents and items, from both the storage room and Trump’s private office.

All in all, they found over 100 documents — more than twice the amount Trump’s team turned over on June 3 — ranging in classification from confidential to top secret. Three of the classified documents were even found inside desks in Trump’s office, while 76 were found in the storage room.

5. Some of these documents were very, very classified.

We already knew that agents suspected they would find documents at Mar-a-Lago that contained classified information relating to national defense, but Tuesday’s filing sheds more light on just how top-secret the documents ultimately discovered were.

Some of the documents contained “additional sensitive compartments that signify very limited distribution,” the DOJ wrote. Others were so classified that even the FBI counterintelligence agents and DOJ attorneys who were reviewing them had to wait to get additional clearances before they could even see them.

The DOJ also advised the judge that should she choose to appoint a special master to review the process, that would also result in a delay “because a special master would likely need to obtain a security clearance and specific authorization from relevant entities within the Intelligence Community to review particularly sensitive materials.”