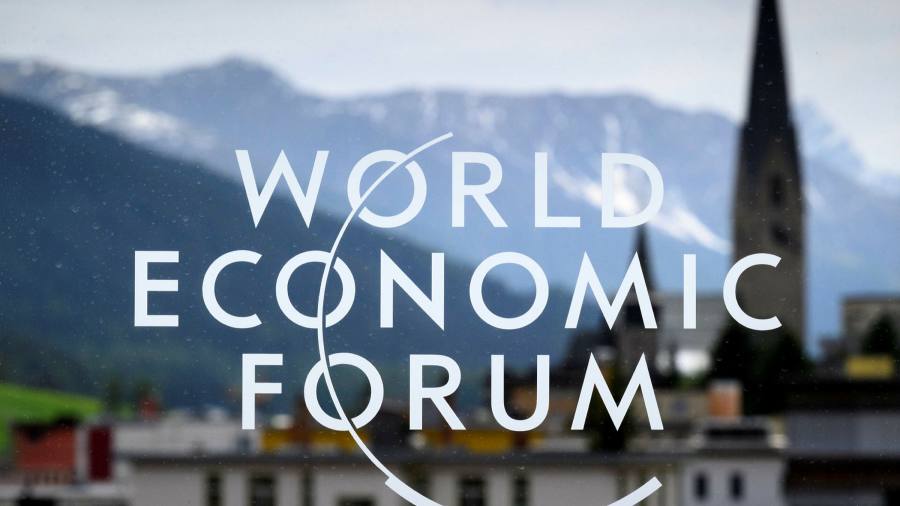 Greetings from Davos, that (in)famous and rather ugly Swiss mountain town that normally hosts the World Economic Forum’s annual meeting in January amid snow-capped peaks. This year’s meeting promises to be slightly different — and not just because it is being held in May amid sporadic rain and lush green meadows.

For one thing, the event comes at a time of growing protest against the globalist and capitalist rhetoric that defines WEF. Check out, for example, the angry diatribes in the recently published book Davos Man, or Felix Marquardt’s punchy FT essay. (Read to the end of our note for the WEF’s rebuff.)

There is also a swelling backlash against the environmental, social and governance themes that have shaped Davos in recent years. Stuart Kirk, the global head of responsible investing at HSBC Asset Management, for example, caused a stir at the FT Moral Money summit last week in London by denouncing what he called the “hyperbole” around climate change. Unsurprisingly, there was a backlash against this backlash, demonstrated by the social media storm that followed as HSBC executives rushed to distance the bank from Kirk’s comments — and then suspended him pending an investigation (despite the bank having cleared his remarks in advance).

So what does all this mean for the wider sustainability movement? Moral Money will be on the ground, covering the good, the bad and the ugly in the Davos debates, delivering the newsletter to your inbox Monday to Friday. Tell us what you think. And in the meantime, here are seven themes to watch.

PS Join the FT as we convene our top journalists and high-level speakers on the sidelines of the WEF Annual Meeting for breakfast briefings, drinks receptions and digital events to provide unique insights into the key topics of the week’s agenda. I will be there along with Simon Mundy, Andrew Edgecliffe-Johnson, Andrew Jack and Andrew Hill — come say hello.

Russia’s brutal invasion of Ukraine will get central billing in the Davos debates since many government officials from Kyiv will be present. (In one piece of not-so-subtle symbolism, Ukraine’s Pinchuk Foundation and other national leaders have taken over the building on the Davos high street that used to be designated as the “Russian House” and will stage a display of Russian war crimes.) War is not a classic topic in ESG. But the Edelman Trust Barometer, released today, shows that “59 per cent of respondents say geopolitics is now a top priority for business, while 47 per cent have bought or boycotted brands based on the parent company’s response to the invasion of Ukraine”. Moreover “nearly everyone surveyed (95 per cent) expects business to act in response to an unprovoked invasion, from applying political and economic pressure to publicly speaking out against the aggressor”. Companies at Davos that are still operating in Russia — such as UniCredit, Koch Industries and Lacoste — could be in the crosshairs.

The Ukraine war is having a devastating impact on the global food supply, pushing prices up in a manner that threatens to cause famine and social unrest. This is now viewed by some key financiers as one of the biggest threats in the months ahead. David Beasley, the charismatic head of the World Food Programme, will be appealing to ESG-friendly executives and western governments for more help. Let us hope he gets it. Meanwhile, the crisis is also likely to intensify discussions about regenerative agriculture and the localisation of food supply chains.

Do not yawn: efforts to create green accounting standards, via the International Sustainability Standards Board, will be another issue this week. Emmanuel Faber, the former head of Danone who is overseeing the ISSB, will be meeting with corporate leaders and governments to accelerate efforts to develop these standards. Expect to hear calls to action from Faber, Brian Moynihan, head of Bank of America, and the heads of the big accounting firms. No, that will not grab headlines. But it matters.

The hordes of hedgies, venture capitalists, sovereign wealth funds and other investors in Davos are always sniffing around for ways to deploy capital in private and public deals. Green energy is a big focus, particularly given that the Ukraine war is accelerating efforts to wean Europe away from Russian oil and gas. Expect discussion of new technologies to limit methane, capture carbon, install exhaust “scrubbers” on ships, develop clean(er) fuel for planes and install modular nuclear reactors. The two big issues to watch, however, will be battery technology — and whether public sector entities (such as the World Bank) are getting any better at creating blended finance partnerships to fund investment in developing markets. Events in Ukraine might force entities such as the European Bank for Reconstruction and Development to get a bit more creative on that front, given the future infrastructure needs there.

Do not laugh: the “bitcoin bro” community will be heading to the Davos region too, to stage their own fringe meetings, and will be trying to look ESG-friendly. Expect to hear debates about the need for regulatory reform, following the G7’s statement on Friday calling for “consistent and comprehensive” regulation for crypto assets. There will also be pledges to use renewable energy in the digital asset space, embrace blockchain to promote financial inclusion and deploy distributed ledgers for carbon trading and offsets. That might make some ESG traditionalists howl; but it is a rising theme.

Davos has always been divisive. No wonder. It is jarring to hear an elite conference dominated by white men preaching about inclusion and inequality, talking about climate change given that most attendees arrive by plane (and some by private jet). But the Davos organisers are trying to hit back against critics this year, on two fronts. First, they argue that the real value of WEF is its ability to convene public, private and non-governmental groups to take on sustainability initiatives faster than other forums. Second, they claim the event is adapting to the times and becoming less elitist.

Can we believe this? Researchers at the London School of Economics recently studied the WEF’s press releases during the past eight years and noted that instead of focusing on “growth”, “development” and “globalisation”, the WEF now stresses environmental themes and social justice. And today “only” 80 per cent of delegates are men — a lamentably high number, but better than the 95 per cent seen a decade ago. “Although he is resurrected by the media every year, the Davos Man of the early 2000s is becoming an anachronism,” the LSE blog said. It argued: “The WEF has evolved to focus more on the issues of social inclusion and environmentalism and to embed these issues in a host of practical frameworks . . . once an elitist, Davos Man now preaches inclusion.” Hmm.

7. Mixed messages for the geopolitical CEO

The “geopolitical CEOs” Edelman identifies will enjoy hearing that its survey finds business is still more trusted than NGOs, governments or journalists. But those headlines conceal a more troubling fact: the trust gains seen this year are almost all among wealthier people. So while 72 per cent of the top income quartile of people that Edelman polled trust business, just 52 per cent of the lowest income group feel the same.

One final warning for those who believe the cross-border creed that the WEF epitomises: consumers are becoming more nationalistic. Outside China, there have been sharp increases in trust in domestic brands at foreign brands’ expense. Add that to the list of things to worry a Davos-going globalist. And a question for ESG advocates: how will this interact with a more nationalist world?