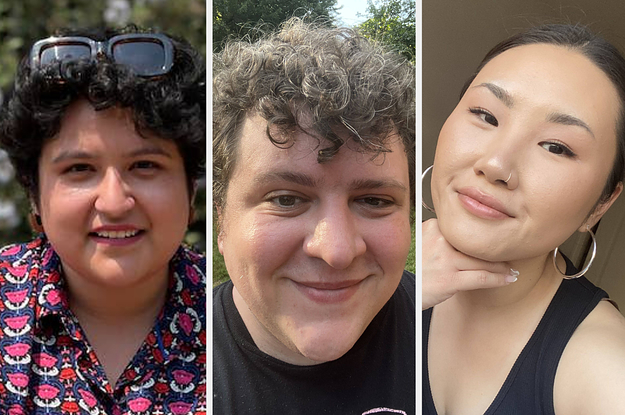 Raised by Korean immigrants in Central California, Alice P. (who asked to withhold her full name so she could speak freely) understood from a young age that she would go to college. Her parents moved to the US in the ’70s and ’80s and wanted their children to live the American dream, she said, a big part of which included higher education.

There was no question that Alice would have to take out loans to be able to afford college. But at 18 years old, she did not know the extent to which these loans would follow her into adulthood.

“I didn’t really add up all the numbers because I was a kid. And I was just saying yes to everything because I wanted to go to college,” she said. “And here I am, almost 10 years since I graduated college, kind of reaping the consequences.”

Alice has scrimped and saved over the years, careful not to be late on her payments and to keep her credit score intact. She still has about $11,000 left to pay off, an amount that includes years of accrued interest.

Not having to fork over monthly payments in the past two years has eased her financial situation, allowing her to save money to be able to leave her hometown. It’s also done wonders for her mental health. But she still carries the burden of her debt, like “this black cloud has been kind of hanging over me,” she said.

Alice was cautiously optimistic about Biden’s forgiveness plan. As a Pell Grant recipient who makes less than $125,000 a year, she thinks what’s left of her loans will be completely forgiven, but, like many others who spoke to BuzzFeed News, she is still trying to parse what the plan means for her.

“’I’m a little skeptical on how it’s all going to work out. It just seems too good to be true,” she said. “If everything turns out to be exactly what they are saying and there is no fine print, then, yes, absolutely. I’m thrilled. … And I think that this will definitely open up opportunities for people to do things that they want to do and live more fulfilling lives.”

Morgan J. went back to school 10 years ago, thinking that she needed a college education to get a job that would pay her enough to take care of her family. Then in 2014, her husband had his second of two strokes and became unable to work, so she decided to go to graduate school to become a licensed therapist in order to make more money.

One bachelor’s and a master’s degree later, the 35-year-old mother of two is saddled with $130,000 in student loan debt, an amount that represents more than twice her current income.

“I thought that I would make enough money to pay everything back, but clearly that’s not the case,” said Morgan, who asked that her last name not be published to protect her privacy.

The $20,000 in student loan debt relief she expects to receive under Biden’s plan is “a little drop in the bucket,” she said. And when it’s time for her to start repaying her loans in January, she doesn’t know how she’s going to afford them.

Not having to pay off her loans during the moratorium has meant feeding their two teenagers “more than ramen and peanut butter and jelly,” she said. Her family has been able to buy what they need and take a few short vacations they ordinarily couldn’t go on. Her kids have also been able to play sports, but over the summer they had to drop some of those as gas prices rose and other costs went up due to inflation.

Now, Morgan said, her 13-year-old is “constantly worried about how much things cost.” He tells her he doesn’t need new clothes, even though he’s growing out of his shirts.

Morgan hopes that under Biden’s rules her monthly payment will go down from the $805 estimate she got during the freeze. Still, she’s contemplating picking up a night shift at a mental health hospital. But that would mean she’d have less time with her kids in the last few years of their childhood, less time with her husband, and less time for herself.

“I love what I do and I needed an education to support my family,” Morgan said, letting out a big sigh. “But if I knew then that everything would be the cost that it is now, I might not have done it.”

It’s frustrating, she said, to hear people like Republican Sen. Mitch McConnell call Biden’s plan “a slap in the face” to people who worked hard to pay off their debt or avoid it entirely.

“Yeah, I went to school. I took this money for that, but I did it to have a better life, and at the time that was the only way to have a better life,” Morgan said, asking how much she should be expected to work to afford letting her kids play sports and raising them in a nice area. “Why is it OK for me to work two, three jobs? Why is it OK for anybody to have to work two or three jobs?”

Santana, who asked to be identified by her first name to protect her privacy, grew up understanding that college would be her ticket to success. She was accepted into a prestigious school, but even with scholarships and Pell Grants, she completed undergrad with about $50,000 to $60,000 in federal loans. Santana said she was “obsessed with paying it off,” taking any opportunity she had to lower that debt.

A master’s degree left her with another $60,000 in federal loans that had a 7% to 11% interest rate. She refinanced those loans in 2019. The COVID-era payment pause didn’t apply to those refinanced loans, on which she pays about $900 a month. But it stopped her payments on the $5,000 she has left in undergraduate loans, allowing her to invest a little money into an index fund for the first time.

Santana, a Black and Latina first-generation immigrant, grew up in poverty. She said it was drilled into her from a young age that higher education was the way out. She was the first in her family to graduate from college.

“When you’re young and they say, ‘Go to college,’ and ‘This is how you’re going to do it,’ and ‘Take out this debt,’” she said. “I knew it was a lot of money. I knew it would take a long time to pay off. But I didn’t realize how this debt could prevent me from having anything to pass on to my future children.”

Santana does not know for sure if her refinanced graduate loans — which stand at about $40,000 — qualify for debt relief under Biden’s plan, and she does not know where to get answers.