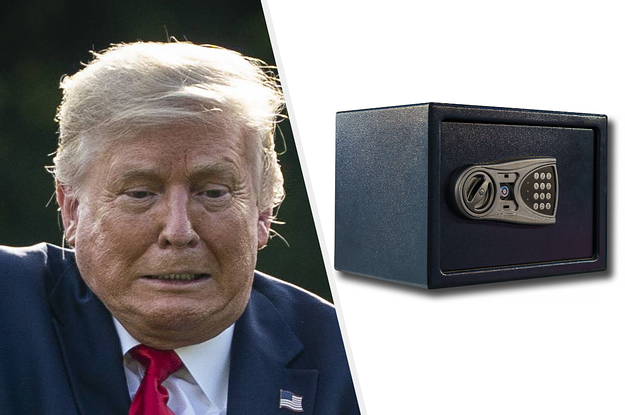 Did you hear? Former president Donald Trump’s Mar-a-Lago estate in Florida was raided by the feds on Monday!

Yes, Trump is under investigation for potential violations of the Espionage Act, mishandling government documents, and obstruction of justice related to a bunch of classified documents, including some reportedly about nuclear weapons, and other souvenirs he took with him when he left the White House. Court documents released on Friday reveal that agents took at least 11 classified documents from the compound, as well as boxes and boxes of other documents and photographs.

Trump himself first announced news of the FBI search on Monday, complaining specifically that the agents (whose job was to look for evidence) looked for evidence by opening his safe. “They even broke into my safe!” he said with seeming astonishment in a line I’ve been laughing about all week.

All that has me wondering: What exactly was in the safe?